As standard, all Single Rooms include: 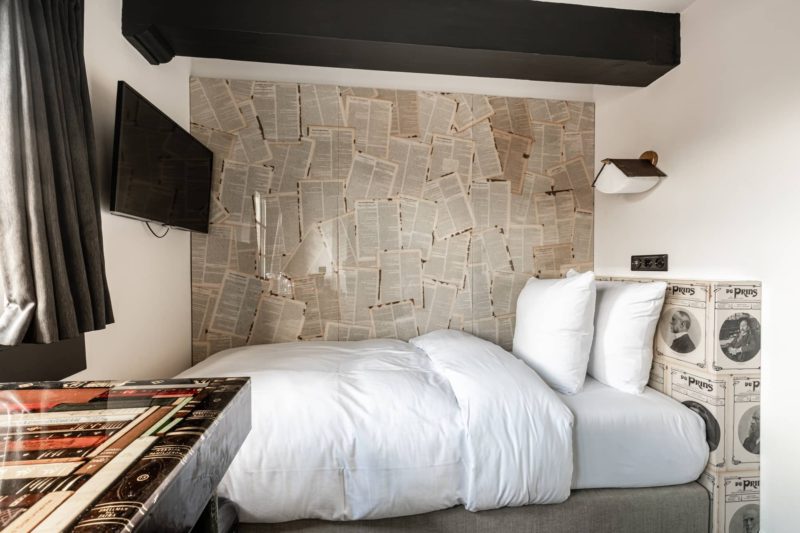 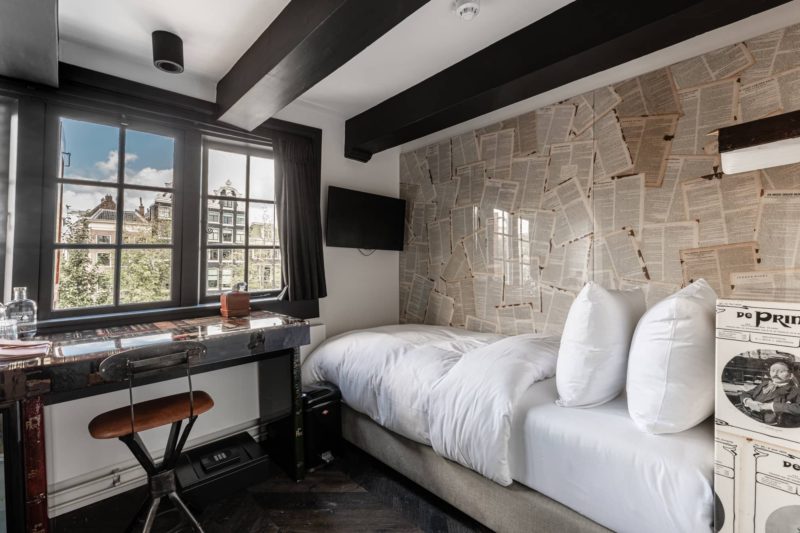 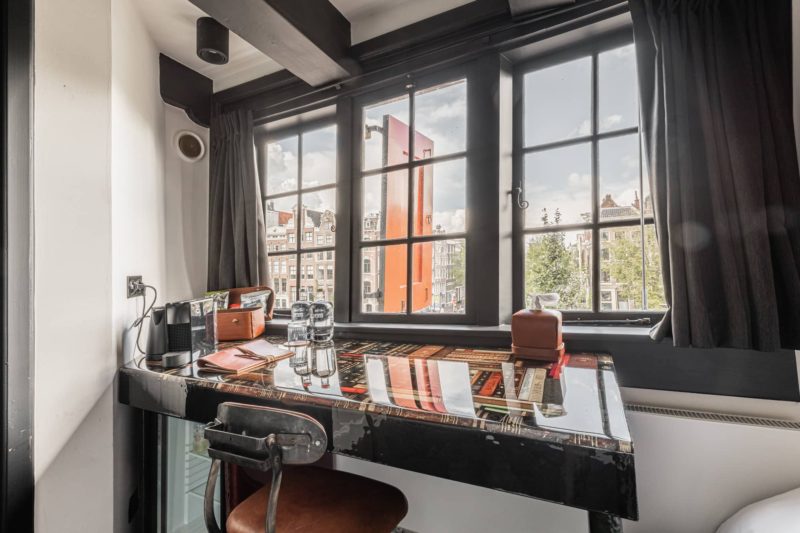 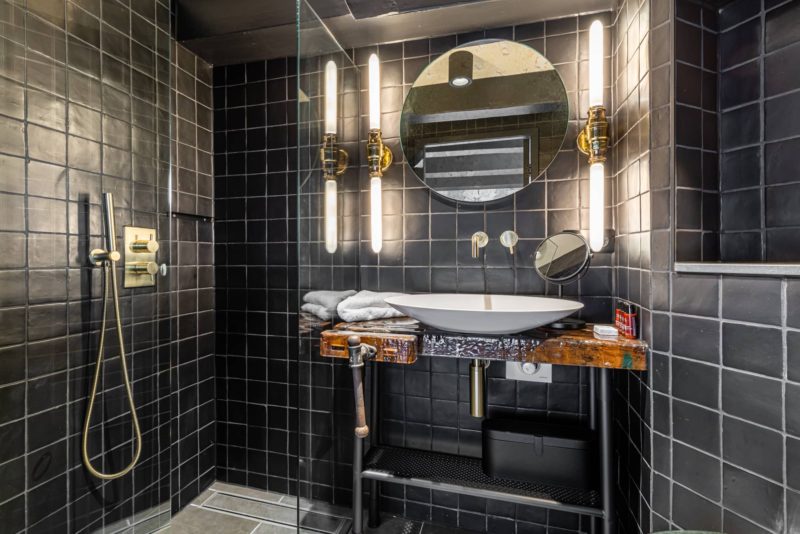 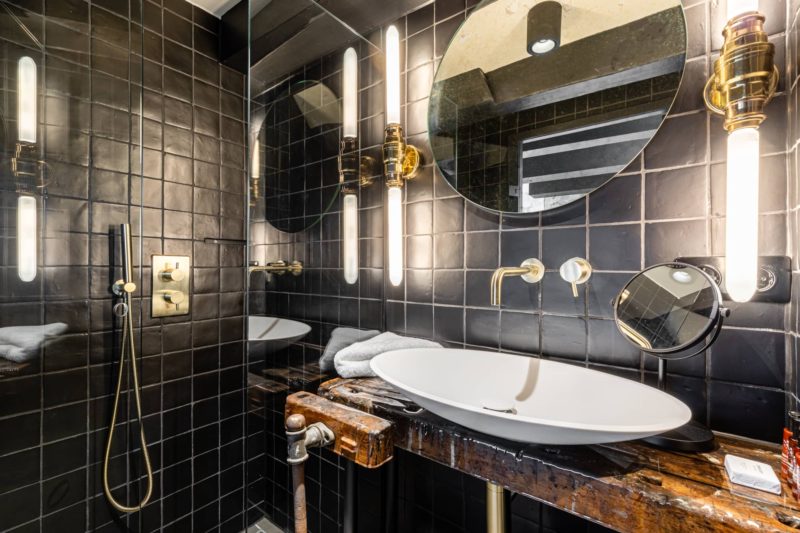 Don’t let the size fool you. This modest room is filled with big surprises. First of all, it boasts gorgeous views of the canal through the large windows. Secondly, the decor is a book lover’s dream.

The desk was made with old, highly decorative books, some of which were found in the hotel during its extensive renovations. They were poured and captured in clear epoxy resin, to be admired forever. Another gem found during the renovations was an old Martyr’s Book. These books documented the persecution and suffering of West European protestant martyr’s after the reformation in the 16th Century. Its pages now line the walls; doubling as almost mythical wallpaper. The reading light unfolds like a book. Each time it is opened, it reveals a different colour.

The Bookbinder Room is modest in size, but mighty in appeal. Could there be a more suitable place to crawl into bed after a long day than this booklovers’ paradise? 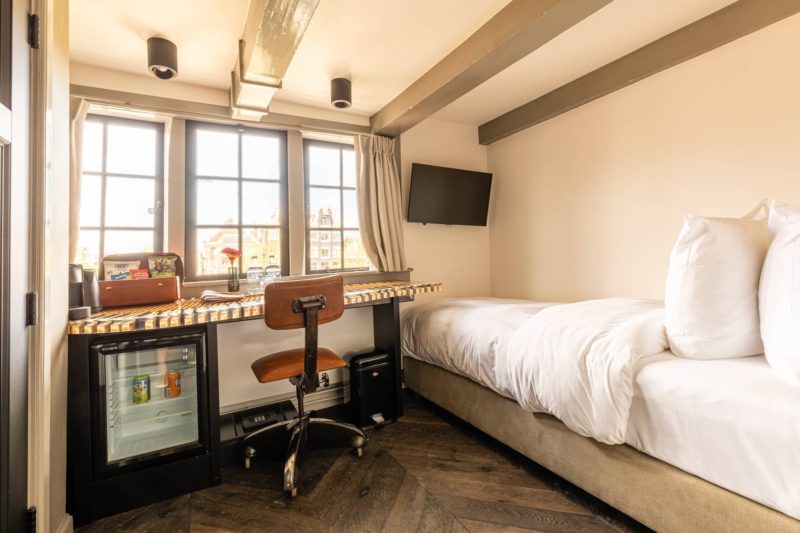 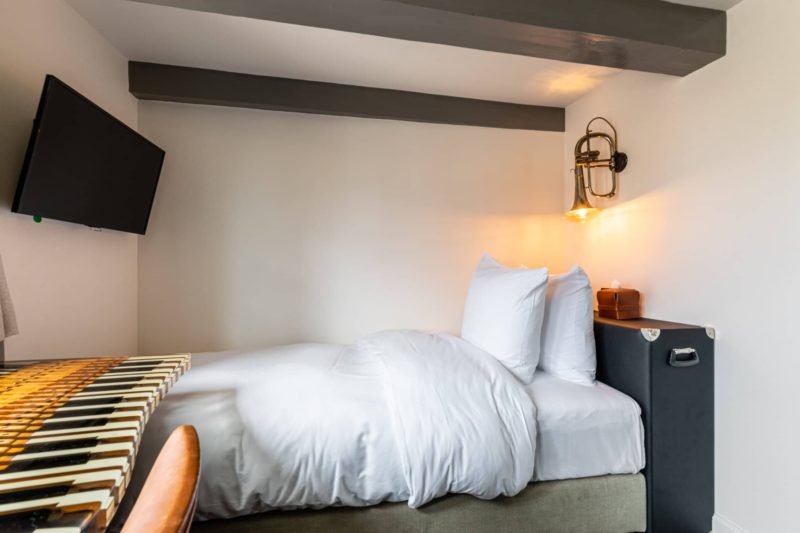 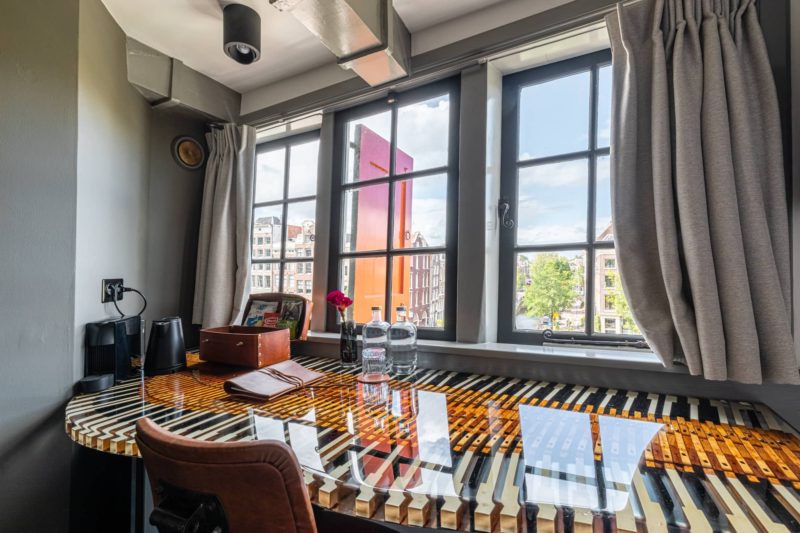 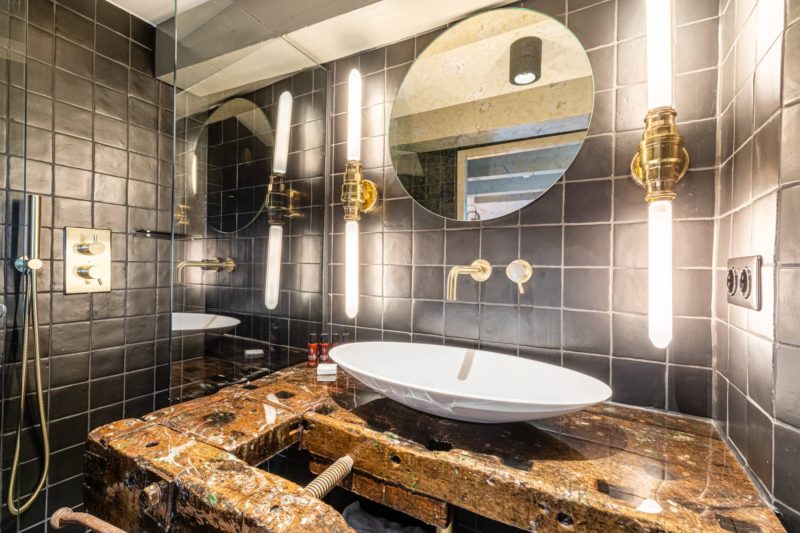 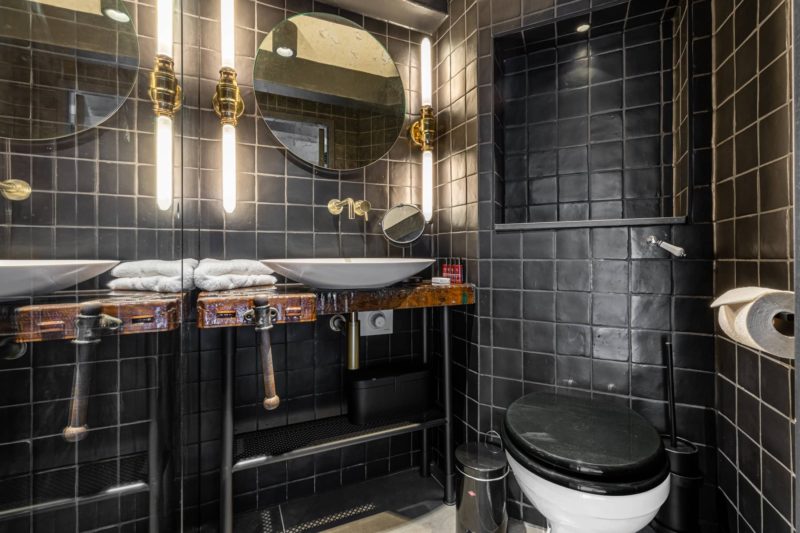 Good things come in small packages. That certainly applies to this cute, single room. First of all, the view of the canal is mighty. The bathroom leaves nothing to be desired either. But the decor is what gives this room two big thumbs up.

Above the comfortable bed, a reclaimed trumpet got a second chance in life as a bespoke and enchanting reading light. Old piano keys, arranged in an organic pattern, were poured in clear resin to create a unique writing desk, completed with two Dutch antique office chairs. The coat rack once supported the coats of cinema-goers in the Amsterdam landmark Tuschinski Cinema.

If this sounds like music to your ears, this room will not disappoint you.

Are you traveling by yourself and are you looking for a spacious room, luxurious bed and spacious bathroom, then our Double Rooms are perfect for you. 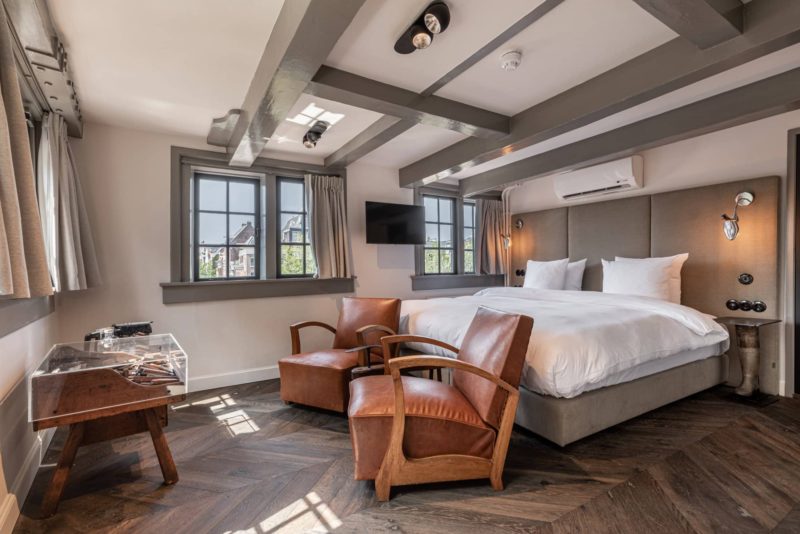